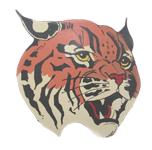 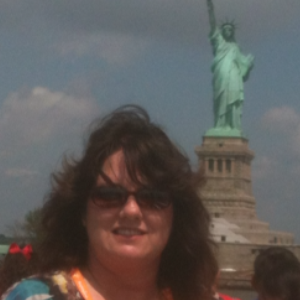 I attended and  graduated from Leslie Highschool and the University of Central Arkansas.

1992- BSE from the University of Central Arkansas

In 1996, my dream came true and the long, daily drive to Scotland and back was over! I got a job at Leslie Public Schools, where I graduated from, and began teaching Language Arts and Social Studies to seventh and eighth graders for several years. Somewhere along the way, I got a wild hair to move back down to second grade for a year. It was great, but I realized that teaching the middle school aged kids was where I belonged! So, back up to sixth grade I went, teaching Language Arts, and I've been there ever since. I taught in the Leslie School District for 11 years until consolidating with the Marshall School District in 2007. Then, the districts became Searcy County School District,where I have taught another 7 years.  In all, I've taught 21 blessed years!

While I attended UCA, I subbed on my off days wherever I could...Marshall, Leslie, and Clinton. After graduating from UCA in 1992, I got my first teaching job at Scotland Elementary teaching first grade for the 93-94 school-year! This was where my mom went to school, and I had family that lived there, so it felt as close to home as I could get at the time. I was just proud to be doing what I wanted to do....TEACH! After teaching first grade for one year, I moved up to fifth grade and taught two years before being hired at Leslie Public Schools.

In 1987, I married my highschool sweetheart, Larry Griffin. He is a self-employed dozer operator, machine treeplanter, and farmer.  We have been happily married for 27 years, and have three sons. Josh, the oldest, is married to Hannah Drewry Griffin and is a 2007 graduate of Leslie High School and Arkansas Tech University with a degree in Parks and Recreation Management. Hannah graduated from Marshall High School in 2008 and currently works at Nuclear One in Russellville. Kody, our second oldest son, is a 2010 graduage of Marshall High School and is currently a vet major at Arkansas Tech University. Last, but not least, is our third son, Seth Griffin, who just graduated from Marshall High School this year and is about to start welding school.  My husband and I were raised at Chimes and have raised our kids there also. We live on a farm, where we raise cattle and also have plenty of other animals and pets aroound, including chickens and roosters that crow everyday, Seth's horse named Woody, two cats named Bunny and Sylvester, Kody's Pointer dog Lou, and my husband's squirrel dogs named Spot and Freckles. I also have three grand-dogs that are Josh and Hannahs. They are Duke, a big ole Blue Tick; Mack, a full-blooded German Shepherd; and Little Bear, a Yorkie, the most spoiled of them all! I love my kids very much and am very proud of their successes. I also love the farm and all of our animals......but grandkids will one day make it a little better!

Some of the things that I enjoy doing include four-wheeler riding around the farm, fishing, and even deer hunting. I guess you could say I love the outdoors!  I love to travel also! My husband and I have always tried to take vacations each year because we wanted our kids to see what kinds of things/places make up the world we live in and be able to identify with things/places that they learn about in their social studies classes. We have been very blessed to be able to do this! Some of the places we have visited include the Grand Canyon, Yosemite, Yellowstone, Washington D.C., Disney World, the Kennedy Space Center, Mexico, and the list goes on.  My favorite place to visit is the beach! I love to curl up with a good book to read, soak up a little sun, and listen to the waves!  I am always looking for new adventures....my bucket list is pretty long!

Welcome back to school!